Existential Sports: Buccos drop one to the Cubs

PITTSBURGH — We knew of nine planets in the entire universe when I was a kid, all nine residing in our solar system – Mercury, Venus, Earth, Mars, Jupiter, Saturn, Uranus, Neptune and Pluto (which was famously demoted to ‘dwarf planet’ status in 2006).

Fast forward 30 years and Cosmologists have revised that estimate just a bit.

There’s now a consensus among scientists that the vast majority of stars in our Universe possess planetary systems.

Ok. Soooo how many stars are there?

It’s a tough question to answer due to many factors, including the accelerating expansion of spacetime itself; because all galaxies are speeding away from one another (think that one through), thousands upon thousands of stars *every second* cross a threshold of ever becoming observable from our galaxy, the Milky Way.  Their light can never reach us… making an accurate guess at a total star count difficult.

With that said, estimates have the Milky Way at roughly 100 billion stars. For context, we’ve only observed ~10% of all galaxies in existence, so it’s hard to say where that number falls on the bell curve. For our purposes here, it’s the best data we have. 100 billion stars per galaxy.

Soooo how many galaxies are there?

The latest (conservative) revision of total galaxies, aided by the Hubble Space Telescope, has that number at about two trillion.  Others in the field have estimated 10 trillion, even referring to 10 trillion as, ‘a gross underestimation.’

But if we just play it safely and do the math, we’re looking at two trillion galaxies, each with 100 billion stars.  Here’s what that number looks like:

If we assume that each star is roughly similar to our own (it’s looking that way), we need to multiply the above number by eight to arrive at a guess for total number of planets.

And that number doesn’t include moons.

The Pirates lost last night to the Cubs, 9-2. 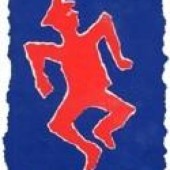 Amy’s DG in H’Wood: Where You Start is Not Where You Finish