It is the holiday season, as you know. And with that comes great joy. But today…today comes nonsense.

Thinking About Thinking does not, of course, take an official stance on the Santa Claus question. I firmly believe that’s an assessment each person will have to come to. But we CAN take a stance on poor reasoning.

I was sent this screenshot from our very own Rocco DeMaro, something he insisted was IRREFUTABLE PROOF of the existence of a corporeal Santa Claus.

Unfiltered fallacy in the wild…

Rocco, I’m sorry my friend, but this is nonsense.

Let’s examine these faulty arguments one by one.

That doesn’t mean Santa is real! Mrs. Claus could have been living a lie this entire time, but that doesn’t mean it’s not a lie! Using her anger at her husband’s non-existence as proof that he does exist is foolhardy. I do lots of things that make my wife mad! “Nate, please put your dishes in the dishwasher.” “Nate, I told you about this social commitment a weak ago!” “Nate, don’t ruin Christmas!” And yet I exist. Bad argument. NEXT.

“If you can feel him, then he must be real.”

Well that depends on what we mean by feel, now doesn’t it? If I can touch Santa Claus then sure, that’s solid proof. Unless he’s one of those mall Santas, I suppose. But I get the feeling that what’s being referred to here is a warm-and-fuzzy sort of “feeling in your heart.” And I’m sorry, but that doesn’t make something real. That’s an appeal to emotion. I’ll write about that someday.

“Yes, Virginia, there is a Santa Claus.”

You fool! Clearly you haven’t read that article in its proper context! The reporter is slyly avoiding saying there is no Santa Claus by saying that the REAL spirit of Santa Claus is in the kindness we do for one another. PATHETIC. NEXT.

“Christmas costs too much without Santa.”

Christmas is a consumer holiday and a boon for retailers everywhere! NEXT.

Oh, this is actually a really good principle. Ockham’s Razor is a thought heuristic that says the more assumptions you have to make in order for something to be true, the less likely it is to be true. The problem here is that it’s a lot easier to believe that adults get Christmas presents for kids than that a single, magical being uses a reindeer-powered flying sleigh to deliver them, globally, in a single night. NEXT.

“There is not Santa greater than Santa!”

This doesn’t actually mean anything. It’s a tautology. NEXT.

That’s true, I can’t! It’s actually impossible to prove a negative. I can’t prove the non-existence of anything, I can only say that based on the evidence there’s no reason to believe the thing exists. This is true in the case of Santa Claus as well. It IS, however, possible to provide proof that something does exist – all one would have to do is show me Santa. Therefore the burden of proof lies on the person making a positive claim. NEXT.

No! Believing in something doesn’t make it true! NEXT.

Obviously if I could observe Santa in the real, physical world, I wouldn’t have to ask, now would I? NEXT. Oh, that’s all of them.

Rocco. Buddy. Do better my guy. Think about your thinking.

Until next time… keep thinking!

(Editor’s note: This might be my favorite piece on the site so far. Also: 🎅🏼) 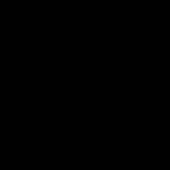